With the help of the newly appointed prime minister, the United Kingdom intends to become a global crypto hub.

The Economic Secretary to the Treasury, Richard Fuller, who has been working in this position since July 8th, has stated that the United Kingdom aims to become a dominant global crypto hub.

According to the transcript of the Westminster Hall Debate regarding cryptocurrency regulations, Fuller highlighted:

By making this country a hospitable place for crypto technologies, we can attract investment, generate new jobs, benefit from tax revenues, create a wave of groundbreaking new products and services and bridge the current position of [the] U.K. financial services into a new era.

The Economic Secretary to the Treasury showed particular support for the innovative blockchain technology and cryptocurrency integration into countries’ well-being. Richard Fuller proposed ideas to use blockchain technology to store medical records. Moreover, he anticipated that distributed ledger technology could be a great fit for customs and international trade.

During the debate, Alexander Stafford, PM’s private secretary, stated that the prime minister is committed to creating a space for U.K. citizens to have access to buying, selling, and mining crypto.

The Economic Secretary to the Treasury ended the debate by stating:

The U.K. can either be a spectator as this technology transforms aspects of life, or we can become the best place in the world to start and scale crypto technologies. The Government chose the latter course.

According to Fuller, together with the newly appointed PM and its government, they will move forward in finalizing and launching the Financial Services and Markets Bill. These two documents aim to define a regulatory framework for stablecoins. Moreover, he added that the issuance of the Economic Crime (Transparency and Enforcement) Act will allow law enforcement to seize or recover crypto assets. 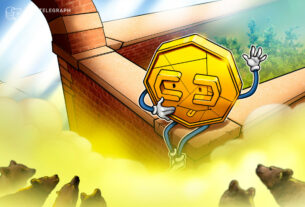